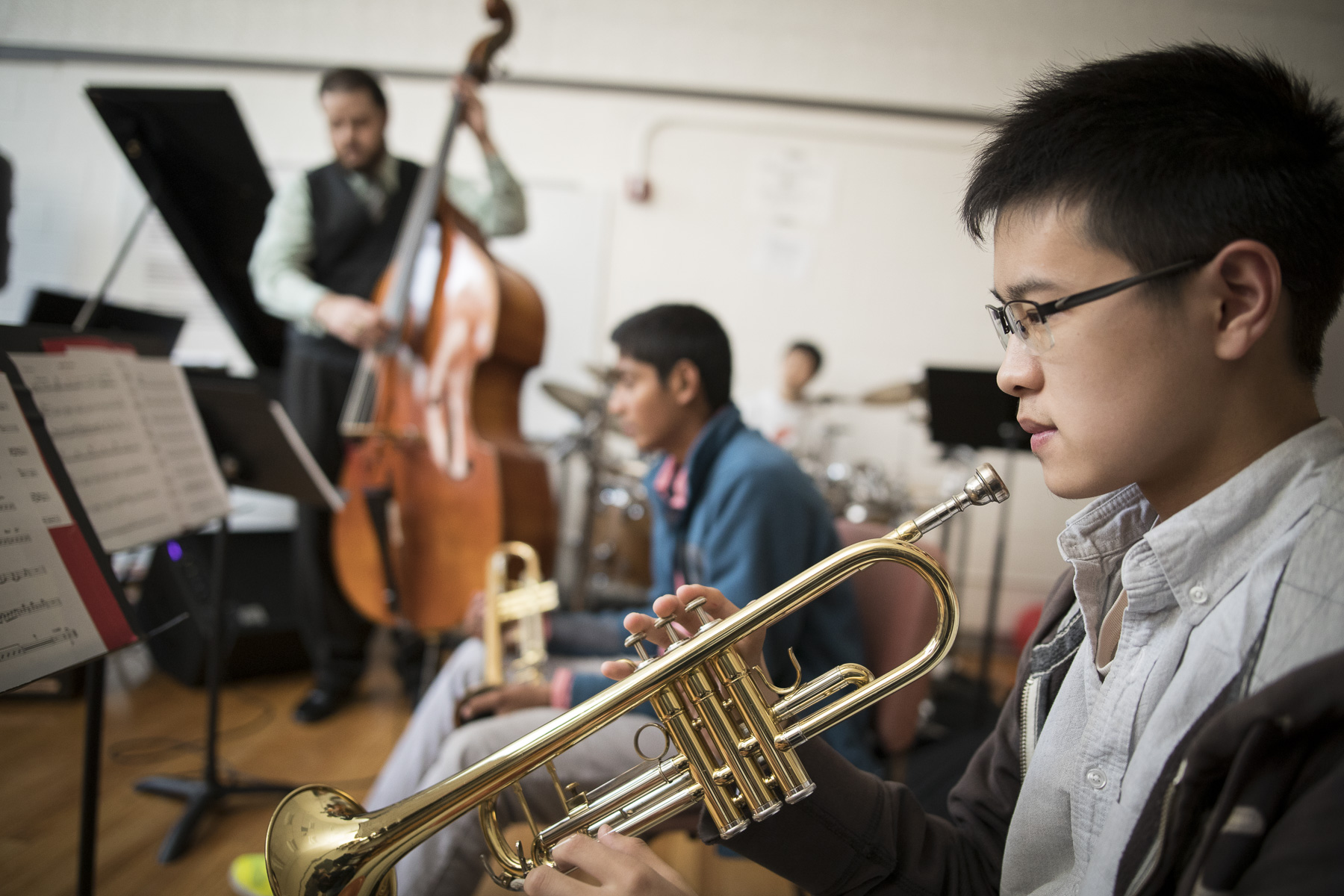 At BUA, music and drama provide outlets for students to express themselves and — just as importantly — to have fun.  Do you sing?  Play an instrument?  Act?  Want to learn?  With a wide variety of course offerings and extracurricular clubs and activities to choose from, there are many opportunities to expend some creative energy at Boston University Academy.  Our performing arts program encourages and inspires students at all skill levels to build confidence, improvise, collaborate, and unlock their artistic potential.

Winter Play: The Life and Death of Julius Caesar by William Shakespeare

Spring Musical: Jacques Brel is Alive and Well and Living in Paris compiled by Eric Blau and Mort Shuman

Spring Musical: Into the Woods by Stephen Sondheim

Spring Musical: The Cradle Will Rock by Marc Blitzstein

In Response to George Floyd